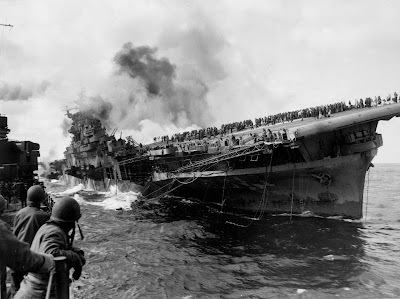 When the Japanese launched their attack against the Philippines, several thousand United States troops were on those islands, totally unprepared. How bravely they fought on Bataan, slowing the enemy and making him pay heavy losses for each foot of gain! The men fought on, hoping against hope that reinforcements would soon be available. But our fleet had been severely wounded, and there were no reinforcements available.

The Secretary of War spoke of a military victory. In our text, the victory given by God is a spiritual victory that does not come through man’s effort, but through accepting Jesus as our Savior. It is the greatest of all victories!! Are you a part of the winning team? Have you accepted Jesus as your Savior? If not, why not bow your knee and your heart to Jesus right now, and ask Jesus to forgive you of your sins, and accept Him as your Lord and Savior?