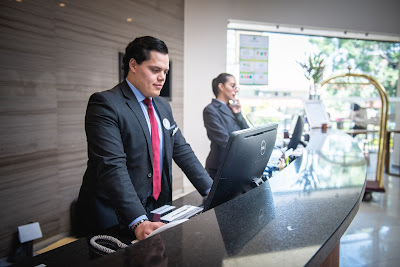 Bible Reading: Matthew 7:15-23
Key Verse: Verses 15 & 21 - “Beware of false prophets, which come to you in sheep’s clothing, but inwardly they are ravening wolves. Not every one that saith unto me, Lord, Lord, shall enter into the kingdom of heaven; but he that doeth the will of my Father which is in heaven.”

Key Words: Verse 15: beware of false prophets; and Verse 21: not every one that saith Lord, Lord

Police court records tell the story of a young man who registered at one of the leading hotels in New York shortly after the turn of the century. He wrote down one of the most famous names in the United States, and the hotel clerk was very deferential to him. He had an air of arrogance. When packages began to arrive from several large furnishing houses and a jewelry store, the hotel received them and paid the accounts. After a few days the time for settling came; the young man brushed them off with excuses, which aroused the suspicion of the hotel management. They notified the police and a quiet investigation revealed the startling fact that the famous man whose name the young man had written on the register with “Junior” after it, did not have a son. The young man, confronted by the authorities, put on an air of bravado; he blustered that there was some mistake. Finally, it became necessary to take him down to Wall Street, to the office of the well-known millionaire. The latter walked into the room and looked at the culprit. He said simply, “I never laid eyes on this young man before in all my life.” That sealed the doom of the impostor.

Multitudes of people who claim that God is their Father are just as guilty as was this young man. I trust today that you are not an impostor, because God knows the difference!!

What to do:
✞ Are you real or are you pretending? Be real.
✞ Many impostors claim to be born again. Make sure your salvation is genuine.