Daily Devotion: The Faithfulness of God 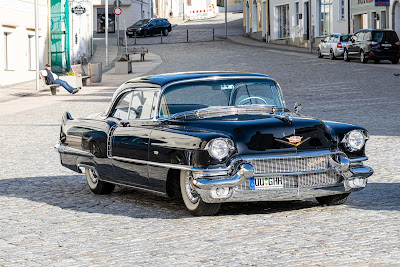 Key Verse: Verse 23 – “They are new every morning: great is thy faithfulness.”

Key Words: great is thy faithfulness

Jeremiah, moved by the Holy Spirit, expresses in four words one of the most powerful statements ever uttered when he said, “Great is thy faithfulness.” God is faithful no matter what we might be going through in life.

Roger Simms, hitchhiking his way home, would never forget the date – May 7. The heavy suitcase made Roger tired. He was anxious to take off his army uniform once and for all. Flashing the hitchhiking sign to the oncoming car, he lost hope when he saw it was a black, sleek, new Cadillac. To his surprise the car stopped. The passenger door opened. He ran toward the car, tossed his suitcase in the back, and thanked the handsome, well-dressed man as he slid into the front seat.

“Sure am,” Roger responded.

“Well, you’re in luck if you’re going to Chicago.”

“Not quite that far. Do you live in Chicago?”

“I have a business there. My name is Hanover.”

After talking about many things, Roger, a Christian, felt a compulsion to witness to this fifty-ish, apparently successful businessman about Christ. But he kept putting it off, till he realized he was just thirty minutes from his home. It was now or never, so, Roger cleared his throat, “Mr. Hanover, I would like to talk to you about something very important.” He then proceeded to explain the way of salvation, ultimately asking Mr. Hanover if he would like to receive Christ as his Savior. To Roger’s astonishment the Cadillac pulled over to the side of the road. Roger thought he was going to be ejected from the car.

But the businessman bowed his head and received Christ, then thanked Roger. “This is the greatest thing that has ever happened to me.”

Five years went by, Roger married, had a two-year-old boy, and a business of his own. Packing his suitcase for a business trip to Chicago, he found the small, white business card Hanover had given him five years before. In Chicago he looked up Hanover Enterprises. A receptionist told him it was impossible to see Mr. Hanover, but he could see Mrs. Hanover. A little confused as to what was going on, he was ushered into a lovely office and found himself facing a keen-eyed woman in her fifties.

She extended her hand. “You knew my husband?”

Roger told how her husband had given him a ride when hitchhiking home after the war.

“Can you tell me when that was?”

“It was May 7, five years ago, the day I was discharged from the army.”

“Anything special about that day?”

Roger hesitated. Should he mention giving his witness? Since he had come so far, he might as well take the plunge. “Mrs. Hanover, I explained the gospel. He pulled over to the side of the road and wept against the steering wheel. He gave his life to Christ that day.”

Explosive sobs shook her body. Getting a grip on herself, she sobbed, “I had prayed for my husband’s salvation for years. I believed God would save him.”

“And,” said Roger, “where is your husband, Mrs. Hanover?”

“He’s dead,” she wept, struggling with words. “He was in a car crash after he let you out of the car. He never got home. You see – I thought God had not kept His promise.” Sobbing uncontrollably, she added, “I stopped living for God five years ago because I thought He had not kept His word!”

What to do:
✞ Never doubt God.
✞ Remember God is faithful even when you might not think so.
✞ List some way God has been faithful to you.