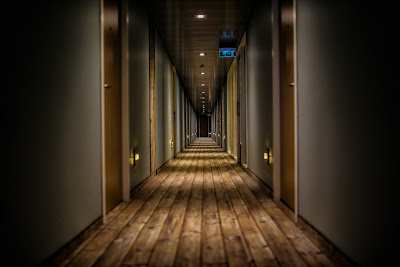 Timothy Munyon says, “While living in , I have friends who worked cleaning rooms at a nationally known inn located directly on the white sands of the .  They would spend their work breaks running barefoot in the sand.  The problem was that the inn required all employees to wear shoes at all times while working.  I noticed the employees responded in two ways.  The majority thought the rule restricted freedom.  The rooms had shag carpeting, delightful to bare toes, and just a few steps away lay the beach.  To them the rule requiring them to wear shoes was nothing more than employee harassment and intrusion into their personal rights.

But a minority of the employees looked at the rule differently.  Sometimes late-night parties would produce small pieces of broken glass.  Occasionally a stickpin would be found hidden in the deep piles of the shag carpet; and still others knew the pain of skinning bare toes on the steel bed frames while making beds.  The minority saw the rule as protection, not restriction.”

So were God’s rules written to make life miserable, or were they written by a loving Heavenly Father Who cares about His children?

What to do:
✞ Rather than complain about rules, rejoice in the safety they produce.
✞ Ask God to give you understanding in regard to rules and laws.