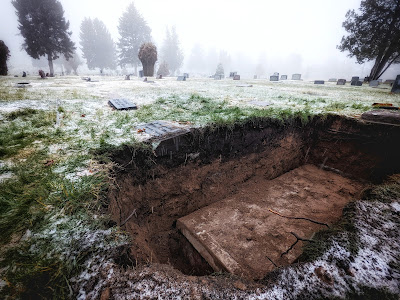 I Thessalonians, chapter four, deals with a sanctified life. You read in verse three, “For this is the will of God, even your sanctification...” Then Paul lists for us several prerequisites for being sanctified. One of those is found in verse twelve that we walk honestly toward them outside the church.

I read a humorous story that illustrates the need for honesty.

A wealthy but eccentric man called his pastor, his doctor, and a political friend to his deathbed. He told them he disagreed with the conventional belief that you can’t take your money with you when you die. He said, “I’m taking mine!” He pulled out three envelopes and handed one to each of the gathered trio. He explained how the envelopes contained $30,000 in cash, and he wanted each man to throw an envelope in when they lowered his casket. At the funeral all three men did as their dead friend had requested.

Upon returning from the cemetery, the pastor’s conscience got the best of him, and he confessed to the doctor and politician, saying, “I needed the money for our church so I took out $10,000 and threw $20,000 into the grave.” The doctor then came clean and admitted to taking $20,000 for costs he had incurred at his clinic. The politician was appalled at their dishonesty. He pridefully said, “I’m ashamed of you gentlemen. I threw in a check for the full amount.”

And that is the way it usually is. The reason we are so often appalled at the dishonesty of others is because we fail to judge our own actions and motives.

So let me encourage you to live honestly before God in the upcoming year.

What to do:
✞ Evaluate your own thoughts and deeds.
✞ Deal honestly with all men.
✞ The truth only hurts for awhile, a lie hurts for eternity.