Daily Devotion: The Son Of Man 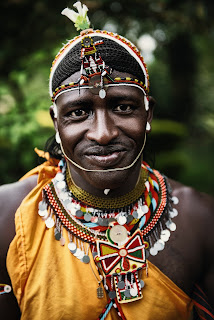 Key Verse: Verse 10 – “For the Son of man is come to seek and to save that which was lost.”

Key Words: the Son of man

When the slave trade was thriving in West Africa, mercenaries would penetrate the interior to capture hundreds of natives. They would then clamp iron collars around their necks to keep them in check until they arrived back at the coast for shipment.

As the captives passed through other African villages on their way to the sea, a local chief or king would sometimes recognize a friend or relative. If he were financially able, and of a mind to, he could redeem his friend through payment of gold, silver, brass, or ivory. Out of this practice grew a slang word among the Bambara tribe of French West Africa which meant, “take his head out of the iron collar.”

According to Eugene Nida in his book, God’s Word in Man’s Language, when the Bible was translated in the dialect of the Bambaras, a common word was sought for the abstract idea of redemption. The translator seized on the well-known phrase, “God took our heads out” to substitute for the word “redeem.” So when the Bambara tribesmen read of God’s redemption, they get the image of God sending His Son as payment to “take our heads out of the collar” of sin and death.

Aren’t you glad that Jesus, the Son of man, came and took “our heads out” (redeemed us for all eternity)?