Daily Devotion: The Messiah And The Savior 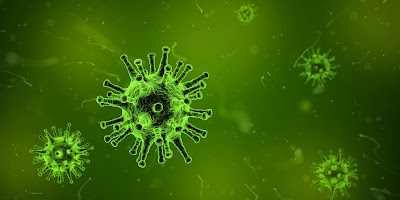 In the book of Matthew, Jesus is seen as the Messiah, the King of the Jews – the One Who was to deliver the Jewish people from bondage; and Jesus did come to deliver from bondage, not physical bondage, but spiritual bondage. He did that by taking the sins of mankind on Himself and in doing so, made a way of salvation for all men.

Dr. Claude Barlow was a medical missionary to Shaoshing, China, in the early part of the century. During his ministry there, a strange disease began killing people and Dr. Barlow could not find a remedy. In search of a cure, he filled his notebook with observations of the peculiarities he had witnessed in hundreds of cases. Then, with a small vial of germs, he sailed to the United States. Just before he arrived, he injected himself with the deadly disease and then hurried to his alma mater, John Hopkins University Hospital. He had become very sick and now depended on his former professors to find a cure. They were able to save his life and send him back to China with a cure for the dreaded disease. In the process, a multitude of lives were spared – thanks to Dr. Claude Barlow.

In the midst of our epidemic called sin, Jesus went to the cross and injected Himself with our deadly “disease.” He then committed Himself to the Father’s care. Three days later Jesus arose with the cure. Praise God! Death is no longer our destiny. Praise God! Jesus came to save His people from their sins.

What to do:
✞If you have never been born again, ask Jesus to be your Savior. In the words of the songwriter, “He will save you now.”
✞If you are saved, thank God for the greatest gift anyone could ever receive, the gift of life – eternal life.