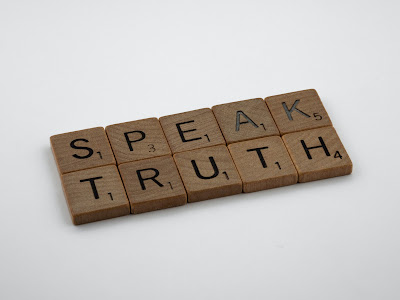 In III John, we see Jesus as our Truth. Six times in the fourteen verses John shares with us the truth of Jesus.

If we are to be truthful, we must live in Christ. I read the following in regard to truth, or rather the absence of truth.

“Psychologist Michael Lewis of Rutgers University says there are three types of lies: (1) Lies to protect feelings, such as saying a gift is nice when you actually hate it; (2) Lies to avoid punishment; and (3) Lies of self-deception. Our behavior repulses others, but we lie to ourselves and blame the rejection on something or someone else. A woman gives herself a breast exam and notices an unusual lump but tells herself everything is fine. Lewis feels these lies of self-deception may be the most frequent lies.

“That could explain why so many people reject the gospel. They’ve lied to themselves about their need for forgiveness and God’s requirement of commitment to Christ. In this age of obsessive lying, remember who is the ‘father of lies’ (John 8:44), and who promised to give the ‘truth that shall make you free’ (John 8:32). C. S. Lewis noted, ‘We often err either by ascribing too much or too little power to the father of lies.’”

The only way to keep from lying is by living in truth.