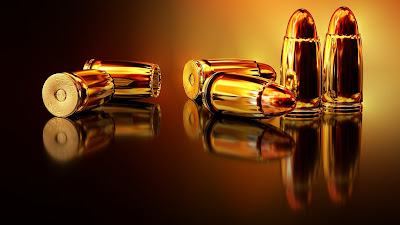 As you read in Ephesians chapter six, you read about five defensive weapons.

Jesus is our Armor of Protection.

A lieutenant in the United States Army and his buddy were on a far-off battlefront and were sent out on an important mission.  When the enemy discovered them, the lieutenant faced them saying to himself, “Lord, I’m in Your hands.”  As he reached for his carbine, a shot from the enemy struck him in the breast, knocking him to the floor.  His partner, thinking he was dead, grabbed his carbine and began to blast away with both his gun and the gun of his friend.  He received three bullet wounds, but when the fighting was over, not one enemy soldier was left standing.  To his amazement, the lieutenant was not dead.  The force of the bullet had struck his breast and had stung him severely, but he was alive.  Wondering how he survived, the lieutenant reached into his pocket located over his heart and pulled out a Bible.  The bullet had gone through the books of Genesis, Exodus, Leviticus, Numbers, Deuteronomy, Joshua, Judges, Ruth, I & II Samuel, I & II Kings, I & II Chronicles, Ezra, Nehemiah, Esther, Job, Psalms, and had stopped on Proverbs 21:31, “The horse is prepared against the day of battle: but safety is of the Lord.”

What to do:
✞ Put on the armor of God daily.
✞ Use your offensive weapons as well - God’s Word and prayer.