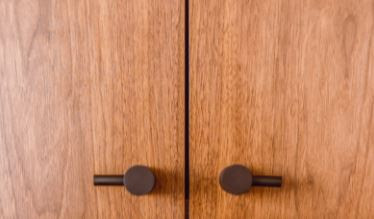 Jesus can be seen in any number of ways through the book of I Corinthians; but the reason the church at Corinth had so many problems was that they refused to see Jesus at work in their lives and the life of their church.

The work of Jesus is always done decently and in order, something which was missing from the church at .

Even when Jesus was a young lad, before He began His earthly ministry, He did things right.  J. Oswald Sanders says, “Our divine Lord spent six times as long working at a carpenter’s bench as He did in His world-shaking ministry.  He saw no incongruity in the Lord of glory standing in the saw pit laboriously cutting the thick logs into planks, or using plane and hammer.”

Justin Martyr, who lived shortly after the death of John the Apostle, wrote of Jesus, “When He was among men, He made ploughs and yokes and other farm implements.”

One writer suggests that Jesus was the first to make chairs and benches that stood on four legs, and He was the first to build cabinets where the doors opened and shut, “He was no second-rate carpenter.”

Near enough was not good enough for Jesus – everything had to be done decently and in order.

What to do:
✞Follow the example of Jesus and do all things decently and in order.
✞Prioritize your life, in this order:

1.  that which is necessary,