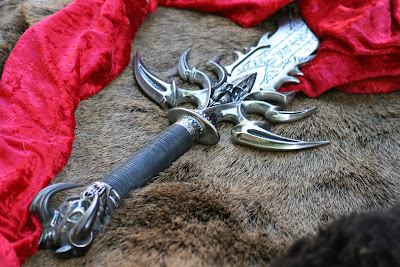 The book of II John is one of my favorite books in the Bible. Four times in the brief but potent book we read about love.

In verse one, John tells the elect lady that he loves her and her family in the truth (in Jesus).

In verse three, again we see that John loves her in the truth.

In verse five, John tells her that we are to love one another.

And in verse six, John defines love as walking in the commandments of God.

I recently read about a wife who showed great love for her husband. On May 2, 1962, a dramatic advertisement appeared in the “San Francisco Examiner.” The ad read, “I don’t want my husband to die.” It seems as though her husband was to be executed for a crime she said he didn’t commit. She goes on to say, “I will offer my services for years as a maid or a housekeeper to any attorney who will defend and vindicate him.”

One of San Francisco’s leading attorneys, Vincent Hallinan, read the ad and contacted Gladys Kidd, who had placed the ad. It was her husband, Robert Kidd, who was going on trial for slaying an elderly man. Kidd’s fingerprints had been found on a blood-stained antique sword near the victim’s shop. During the trial, Hallinan proved that the antique sword was not the murder weapon. The jury, after eleven days of deliberation, found Kidd not guilty. Hallinan refused Mrs. Kidd’s offer of ten years of servitude.

What to do:
✞ If you are not saved, accept the love offer of salvation today.
✞ If you are saved, thank the Lord for loving you so very much.