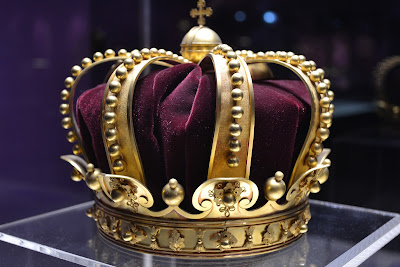 Key Verse: Verse 16 - “And he hath on his vesture and on his thigh a name written, KING OF KINGS, AND LORD OF LORDS.”

Key Words: KING OF KINGS, AND LORD OF LORDS

In Revelation, we see Jesus as the coming King, and in our text we see the scene that will prevail at the Battle of Armageddon. The anti-Christ will be gnawing his tongue and blaspheming God because his pride will be wounded and challenged. The demonic spirits will organize a confederacy of nations that will move against Jerusalem once and for all to solve the “Jewish problem.” In the great valley of Jezreel, in the midst of these three mountains, this confederacy will get ready to move against Jerusalem with their tanks, guns, napalm, lasers, and jets, and whatever else is in the mind of the insane one, the anti-Christ. It is going to look dark.

Then suddenly, Jesus arrives – the King of Kings and the Lord of Lords! He will speak and His Word will be a sword, and the battle is over, the victory is won! To God be the glory!

On the eve of D-Day, General Dwight Eisenhower, closed his address to the troops by saying, “We will accept nothing less than full Victory!…And let us all beseech the blessing of Almighty God upon this great and noble undertaking.”

In essence, he was saying there is no room for defeat; we must win; we will win!!

Well, I’ve read the last chapter of the book and I am here to tell you, we win!! To God be the glory for the KING OF KINGS AND LORD OF LORDS!!

What to do:
✞ If you are not saved, accept Christ and get on the winning side.
✞ Praise God for His goodness.
✞ Look up, your redemption draweth nigh.