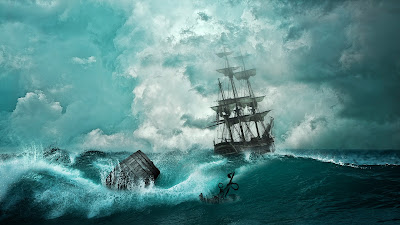 Bible :  Galatians 2:16-21
Key Verse: Verse 20 – “I am crucified with Christ: nevertheless I live; yet not I, but Christ liveth in me: and the life which I now live in the flesh I live by the faith of the Son of God, who loved me, and gave himself for me.”

Key Words: I live by the faith of the Son of God


Galatians, like no other book in the Bible, shows the difference between the law and faith.  It is in this blessed book that we see Jesus as our Savior through our faith in Him, rather than being saved by the law.

There is a great illustration of salvation through faith in the life of John Wesley.

“Not long after the first Moravian missionaries had left for the , John Wesley, unconverted at the time, found himself aboard ship alongside another group of them.  It was January 25, 1736, and the weather was rough.  Three storms had already battered the boat, and a fourth was brewing.  Wesley scribbled in his journal, ‘Storm greater: afraid!’  But the Moravians were trusting God so simply and so completely that they evidenced no signs of fear, and they even persevered in their plans for a worship service.  In the middle of their singing, a gigantic wave rose over the side of the vessel, splitting the main-sail, covering the ship, pouring water like Niagara Falls between decks ‘as if the great deep had already swallowed us up.’

“The English passengers screamed as the ship lurched and pitched between towering waves.  A terrified Wesley clung on for dear life.  But the German missionaries didn’t miss a note.  Wesley, awestruck by their composure, later went to the leader and asked, ‘Weren’t you afraid?’

‘Were not your women and children afraid?’

‘No,’ replied the man.  ‘Our women and children are not afraid.’

“Back in , Wesley was so struck by their sturdy faith that he attended a Moravian meeting on on May 24, 1738.  He later said, ‘I felt my heart strangely warmed.  I felt I did trust in Christ, Christ alone for salvation, and an assurance was given to me that He had taken away my sins, even mine.’

“Wesley became a famous evangelist and social reformer, with the world as his parish.  But he himself was won to Christ by the power of a small group whose faith in Christ was strong enough to keep them unflappable in a storm.”

What to do:
✞ Does your faith draw others to Jesus?
✞ Faith comes through two primary channels.

2.  The Work [get involved in a ministry]