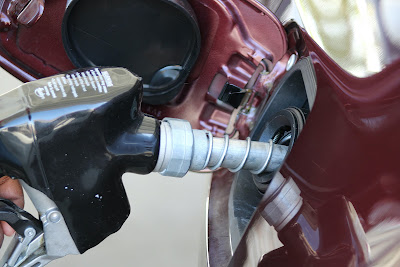 Bible : II Samuel 12:1-8
Key Verse: Verse 7 – “And Nathan said to David, Thou art the man. Thus saith the LORD God of , I anointed thee king over , and I delivered thee out of the hand of Saul;”
Key Words: Thou art the man

Occasionally we all need someone to set us straight.  I am reminded of a successful CEO who had the opportunity of going to his wife’s hometown and meeting her high school boyfriend.  The CEO could not wait to see what kind of guy his wife had dated in high school.  As it turned out, her old flame had become the night manager of a gas station.

After they met, the CEO could hardly wait to get back in the car and hear his wife’s reaction.  “Well, what did you think?” he asked.

She said, “Nothing much.”

After a long silence he could contain himself no longer.  “Honey, aren’t you glad you’re married to the CEO of a successful company instead of a manager at a gas station?”

She responded as only a wife could, “Get this straight!  If I had married Billy Bob, he would be the CEO of a successful company, and you would be managing a gas station.”  Now that is shooting it pretty straight!!

In our text, Nathan, the man of God, did not mince any words when he was sent to tell David that he was a thief and an adulterer.  We read in II Samuel 12:9, “Wherefore hast thou despised the commandment of the LORD, to do evil in his sight?  Thou hast killed Uriah the Hittite with the sword, and hast taken his wife to be thy wife, and hast slain him with the sword of the children of Ammon.”

David did not attempt to cover or excuse his sin.  He immediately confessed it.  In II Samuel 12:3 we read, “And David said unto Nathan, I have sinned against the LORD.  And Nathan said unto David, The LORD also hath put away thy sin; thou shalt not die.”

Encouragement does not always come in the form of compliments, praises, and uplifting words.  There are times encouragement may come from those who simply shoot it straight.

What to do:
✞ Thank God for the people in your life who encourage you by shooting it straight.
✞ Criticisms can hurt; evaluate each criticism and correct the sin in your life.
✞ Always remember: “as iron sharpeneth iron, so a man sharpeneth the countenance of his friend.” (Proverbs 27:17)