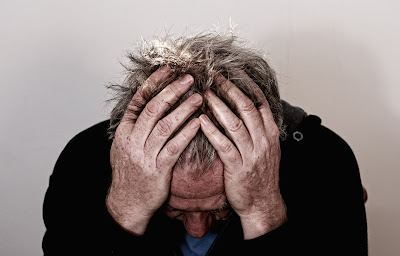 In this portion of Scripture, David has just received word that his son, Absalom, has died in battle. David’s heart is no doubt crushed over hearing of his son’s death. Now, while pain is a seemingly horrible thing to experience, it is pain that God uses to mold us into the servants He desires us to be.

He was called Old Hickory because of his tenacity and grit. His mother named him Andrew on March 15, 1767, when she gave birth to him in a run-down shack somewhere in South Carolina. He was a wild, quick-tempered boy who had no interest in school. At the age of 13, Andrew answered the call for soldiers to come fight against the British. He was taken as a prisoner of war before he turned 15. It was then that Old Hickory discovered pain. A British officer scarred his face when he hit him with the butt of his rifle. It seems that Old Hickory had refused to shine the officer’s boots. So it was that Old Hickory was introduced to pain.

Although he bore the scars of that blow for the rest of his life, his fiery disposition never changed. Indeed, he was a fighter to the core. He chose to settle arguments by dueling rather than discussing. That is the reason he lived most of his life with two bullets wedged into his body. Old Hickory’s tenacity also brought him national recognition. Politics called; and Old Hickory, never one to run from a good fight, answered the challenge. He served a term as Senator and then ran for President, but pain struck again. This time it was the pain of defeat. He lost a narrow race for Presidency to John Quincy Adams.

Four years later he ran again; this time he won. But pain struck again when his wife Rachel, the love of his life, died two months after his presidential victory. Some time later, one of the bullets wedged in his body from his dueling days had to be surgically removed. He endured the surgery without anesthetics. Even his political career was filled with pain as a nasty scandal split his cabinet; but in spite of the rift over the scandal, he still left office more popular than when he was sworn in.

Old Hickory said, “It was the pain, more than anything else, which drew from me my greatest qualities.” And so it was in the life of Andrew Jackson, the 7th President of the United States. Pain, he said, had made him great!!

Pain humbles the proud, softens the stubborn, and melts the heart. Pain operates alone; it needs no assistance. By staying, it refuses to be ignored; by hurting, it reduces its victims to profound anguish.

I tried and could not find a single person in Scripture or in history that God used who had not been broken by pain. So, dear believer, could it be that, if you are going through pain and are being broken by it, God is on the verge of greatly using you?

What to do:
✞ Endure the pain. Realize that God never does things to you; He allows things to happen for you.
✞ Pray for others who are experiencing pain.
✞ Be faithful to God during your time of pain.