Daily Devotion: If That Isn’t Love 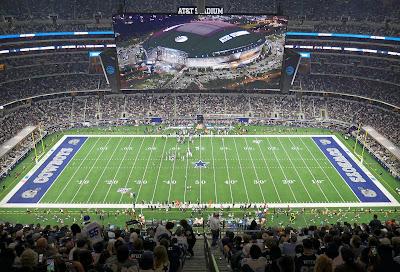 Bible Reading: John 3:1-16
Key Verse: Verse 16 - “For God so loved the world, that he gave his only begotten Son, that whosoever believeth in him should not perish, but have everlasting life.”

Key Words: for God so loved the world

In March of 1991, Lisa Landry Childress (daughter of former Dallas football coach Tom Landry) found out she had a malignant tumor on her liver. This was just two months after she and her husband, Gary, had learned she was pregnant. The doctors counseled her to undergo an abortion so she could begin immediate chemotherapy. She rejected the thought of abortion, even though it meant she would certainly die. She and her husband had tried for years to have a baby. On December 20, 1991, after the baby was born, Mrs. Childress said, “This baby was a blessing, a gift to me. It wasn’t my right to deny this gift.” She lived three years and nine months after receiving a liver transplant, but the legacy of her love and sacrificial gift of life will live forever.

When D. L. Moody was in England on one of his crusades, he met a young man named Henry Morehouse. The Englishman was greatly drawn to the American. The story goes that Henry Morehouse asked Mr. Moody if he would let him preach in his church if he were to come to Chicago. The evangelist agreed to the suggestion, lightly enough, never thinking he would have to make good on his promise.

But in due time Henry Morehouse arrived on Moody’s doorstep to redeem the pledge. A reluctant Moody surrendered his pulpit, assuring his colleagues that the young man could not do much harm in one night, and that he would follow the young man into the pulpit and rescue the situation.

That night Henry Morehouse took John 3:16 as his text and preached on the love of God with such passion and power that an awed Moody invited him to speak again the next night. This continued for a week, each night the young Englishman speaking from the same text. Moody was overwhelmed. In fact, Henry Morehouse became known as the man who moved the man who moved millions.

Now, if that is not love, I fail to understand what love is! God loves you and wants you to be saved and serve Him all the days of your life.

Now I ask you, who can you motivate today to keep going for God’s glory?

✞Encourage your family to keep going.

✞Encourage a member of your church family to keep going with a card or encouraging word.

✞Remember that we reap what we sow. If I want to be encouraged then I should encourage others.