Daily Devotion: He Was an Encourager 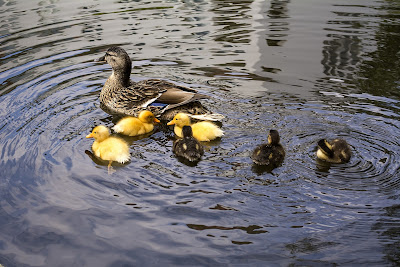 Bible Reading: II Timothy 4:1-8
Key Verse: Verse 1 - “I charge thee therefore before God, and the Lord Jesus Christ, who shall judge the quick and the dead at his appearing and his kingdom;”

Paul knew that his execution was imminent; so he wrote one last time to encourage his dear friend, Timothy. I have always marveled at how those who are near death have the inner strength to encourage others. It reminds me of the story of two seriously ill men who occupied the same hospital room. One man was allowed to sit up in his bed for an hour each afternoon to help drain the fluid from his lungs. His bed was next to the room’s only window. The other man had to spend all of his time lying flat on his back. The men talked for hours each day. They spoke often of their wives and families, their homes, jobs, and other things of mutual interest.

Every afternoon when the man in the bed by the window could sit, he would pass the time by describing to his roommate all the things he could see outside. The man in the other bed began to live for those one-hour periods. He would come to life by all the activity and color of the world outside.

The window overlooked a park with a lovely lake. Ducks and swans played on the water while children sailed their model boats. Young couples walked hand-in-hand amidst the flowers and grand old trees graced the landscape. As the man by the window described all the exquisite detail, the man on the other side of the room would close his eyes and imagine the beautiful scene.

One morning, the day nurse arrived to bring water for their baths only to find the lifeless body of the man by the window. She was saddened and called for the hospital attendants to take his body away. As soon as it was appropriate, the other man asked to be moved next to the window. He strained slowly to turn and look out the window beside the bed. Finally, he could see for himself what his roommate had been describing for weeks. To his great amazement all he saw was a blank wall! The man asked the nurse what could have compelled his deceased roommate to describe such wonderful things outside the window when nothing was there but a blank wall. The nurse responded, “Sir, that man was blind and could not even see the wall. He simply wanted to encourage you.” …which raises this question: do you seek to encourage others?

What to do:
✞ Call someone or send a card of encouragement to a faithful servant of the Lord.
✞ Pray for others to become encouragers.