Daily Devotion: Be Not Deceived 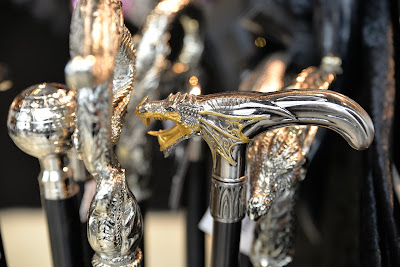 Key Verse: Verse 10 – “And Moses and Aaron went in unto Pharaoh, and they did so as the LORD had commanded: and Aaron cast down his rod before Pharaoh, and before his servants, and it became a serpent.”

Key Words: and it became a serpent

Have you ever wondered how the magicians of Egypt could make snakes out of their rods in the presence of Pharaoh like Aaron had done? Now, we all know that God had divinely commissioned Moses and Aaron to perform a miracle; but were those on Satan’s side permitted special demonic power to do the same? Perhaps in reproducing some of the plagues they were, but I personally do not think that was true in this case. Some commentators say that serpents engraved on Egyptian monuments have their heads turned over the body as a handle. From this they conclude that the magicians knew how to paralyze a snake by putting pressure on the back of its neck so that the serpent would become rigid. Some say that the sorcerers would show off by using their reptiles as walking sticks. The people would stare in amazement when they threw these “canes” on the ground; for when the pressure was released from the serpent’s neck, he would begin to crawl. The magician would again seize the serpent and pinch their neck nerves, and they could again use them as “walking canes.”

Prior to this account in Exodus 7, Moses had been told to take his staff, which had become a serpent through God’s process, and to hold it not by its neck, but “by the tail” to turn it into a rod (Exodus 4:4). No doubt Aaron did the same thing in Pharaoh’s presence; thus Pharaoh would have known that Aaron’s “act” was no “act” at all, but it was a miracle from God.

The devil’s followers are still using deception. Thus God warns us in I John 4:1, “Beloved, believe not every spirit, but try the spirits whether they are of God: because many false prophets are gone out into the world.” Beware, lest they trick you!