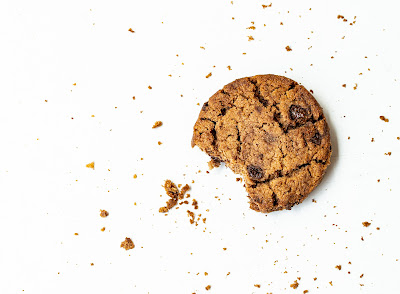 Hannah was grieved because she could have no children.  Her desire was to birth a male child and to give that child to the Lord so that he could grow and become a mighty servant of God.

But, since Hannah could have no child, she did just the opposite of what this world teaches us to do: that is to take matters into our own hands.  Rather than taking matters into her own hands, she put the matter into the hands of God and prayed.  Eli, the priest of God, seeing her lips move but hearing no words, assumed she was drunk; and herein lies the problem with so many of us: we often assume things that simply are not so.  Why, even Jesus cautions us in John 7:24 to “judge not according to the appearance.”   This reminds me of a story I heard recently.

A businessman was forced to spend layover time in an airport.  During the layover he became hungry.  Knowing that he would receive a full meal on the next flight, he bought a small package of cookies to tide him over.  Sitting in a snack area, he pulled out his newspaper and began to read.

After a few minutes of reading, he heard the crinkling of plastic.  He lowered his paper to find a stranger eating his cookies.  Aghast at what the stranger was doing, the man frowned at him and pulled the cookies to his side of the table.  A few minutes later, the stranger was trying to eat the cookies again. The man repeated his silent assertiveness, but soon there was only one cookie left.  Glaring at the stranger, he quickly picked up his last cookie and walked away.  He fumed until his flight was called.

At the ticket counter he reached inside his coat pocket to pull out his boarding pass; and to his amazement, inside his pocket he found his unopened pack of cookies.  Somewhere in that airport there was another businessman telling his colleagues about this unusual man who had eaten his cookies.  Assuming can get you into trouble!!  So let me encourage you to make sure you have all the facts – don’t assume.

What to do:
✞ Be wise in all your decisions.  Do not assume.
✞ Check and re-check your facts.
✞ Never repeat gossip, even when it comes from a reliable source.  (I will go one better - never listen to gossip; then you cannot repeat it.)