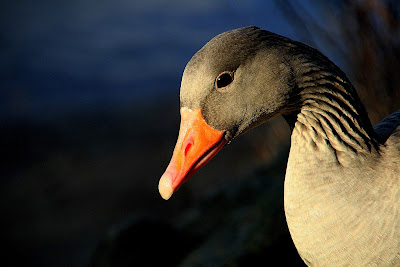 Bible Reading: I Corinthians 2
Key Verse: Verse 14 - “But the natural man receiveth not the things of the Spirit of God: for they are foolishness unto him: neither can he know them, because they are spiritually discerned.”

I once heard the story about a little fellow who spent his summers with his sister on his grandparent’s farm. They would go to the farm in the summertime and spend the summer riding horses, playing with the cows, and running in the woods. They just had a real big time.

One day the little boy decided he would make a slingshot. He got to where he was quite an expert at hitting things with it. So, he looked out and there was his grandmother’s prize goose.

Sure enough he hit that goose right on the head and he killed it and he knew he was in trouble. So he said to himself, “I’d better dig a hole and bury it before anyone finds out.”

She just made life miserable for him. He was guilty and he knew he was guilty. He was under condemnation and the guilt of what he had done. It began to eat away at him and finally he just couldn’t stand it anymore. It was just eating him alive and tearing his little heart up.

Finally, one day he went running into grandma’s room. He threw himself into her arms and said, “Oh, grandmother. I killed your goose. I did it. I didn’t think the rock would kill it. I buried the goose and I have been so afraid that sister was going to tell you that I just can’t stand it! Would you please forgive me for killing your goose?”

His grandmother said, “Why son, I was looking out the window and I saw you kill that goose. I have known you did it all this time. I just wanted you to come and ask me to forgive you for it.”

It is true – God is watching!!