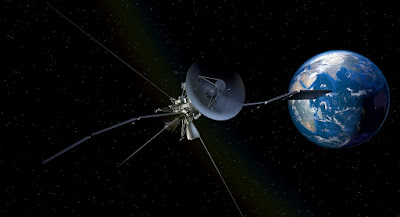 Key Words: by him all things consist


Did you know that NASA’s Cosmic Background Explorer (“COBE”) satellite provided scientists with a wealth of information?  On April 23, 1992, scientists reported on the satellite’s $400 million mission to study the universe’s origin.  After more than 300 million measurements by COBE, the research scientists noted how closely their new discoveries of the universe’s creation compared with the Biblical account.  Harvard astronomer Owen Gingerish said, “Both the contemporary scientific account and the age-old Biblical account assume a beginning and its essential framework, of everything springing forth from that blinding flash bears a striking resonance with those succinct words of Genesis 1:3  ‘And God said, Let there be light: …’.”

Frederic Burnham, science historian and Director of Trinity Institute of New York City, said many scientists would, at this time more than any time in the last one hundred years, consider the idea that God created the universe a respectable hypothesis.  This discovery also supports the findings that 90% of the universe is made up of cohesive, invisible, dark matter that scientists haven’t been able to identify.  Again, the answer is in the Bible in Colossians 1:15-17:  “Who is the image of the invisible God, the firstborn of every creature:  For by him were all things created, that are in heaven, and that are in earth, visible and invisible, whether they be thrones, or dominions, or principalities, or powers: all things were created by him, and for him: And he is before all things, and by him all things consist.”

What to do:
✞ Take God at His Word by faith.
✞ Remember faith is taking God at His Word, in spite of my feelings, circumstances, or consequences, whether real or apparent.