Daily Devotion: The Path of Temptation 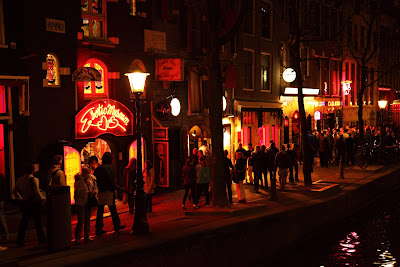 Key Verse: Verses 14 & 15 – “But every man is tempted, when he is drawn away of his own lust, and enticed. Then when lust hath conceived, it bringeth forth sin: and sin, when it is finished, bringeth forth death.”

Key Words: But every man is tempted

People do not live moral lives one day and immoral lives the next. It may appear to be that way, but let me assure you that this is not the case. Sin is a process; and if we as parents could learn to identify the process, we could be more productive in the training of our children. The process of sin is often overlooked because some stages of sin are not as obvious as other stages may be. That is the reason our children appear to go from good to bad so rapidly. Let me add here that the routine of sin never changes. It has been the same ever since the Garden of Eden. So here it is…

As a small boy growing up in South Alabama, we would set bird traps and use some good ole Southern biscuits to entice the bird into the trap. There were days that a bird would come and just look; but finally, after coming several days and looking, the desire for Mom’s biscuits would win out. He was enticed to partake. That is what Satan does - he entices. What desires do your children have? Listen to them talk. Talk with them about what entices them.

Eventually, unless our children have their sinful desires redirected, their desires become cravings which lead to entrapment in sin - entrapment by the sex they see on TV, by the music they hear, by the peer pressure of a designer lifestyle. They are trapped in a life of sin called acceptance: being liked, being better than others, and having more.

Our children are going to be enticed. Do they have the inner strength to resist the enticement? If not, they become entrapped; and, unless God intervenes, eventually enslaved.

What to do:
✞ Pray for your children.
✞ Guard what your children see and hear. (The path of desire begins there.)
✞ When someone reports a “negative” about your child, do not become angry with the one who reports it. Be thankful God has allowed it to be revealed so you can begin the correction process.