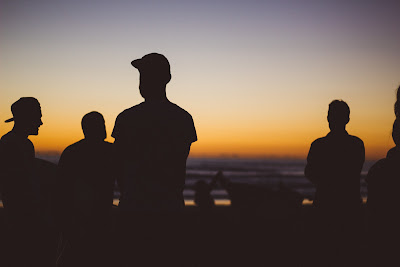 Key Verse: Verse 13 – “And I went out by night by the gate of the valley, even before the dragon well, and to the dung port, and viewed the walls of Jerusalem, which were broken down, and the gates thereof were consumed with fire.”

The Chicago Tribune reported a rash of gang-related slayings in a large inner-city housing project. Law enforcement agencies seemed unable to bring an end to the violence that permeated the project. The mayor of Chicago at the time was Jane Byrne. To everyone’s amazement, she announced that she and her husband were moving into an apartment complex in the project. Immediately she gained widespread support for her action. Why, even the critics admitted that her bold leadership and example had made a significant difference. Crime was reduced, and new hope came to the community.

Her action reminds me of one of my Bible heroes, Nehemiah. This man of God was instrumental in rebuilding and restoring the walls of Jerusalem. As a Jewish exile serving in a high-ranking position under the King of Persia, he received word that the remnant of his people in Jerusalem was under great stress. He also learned that their safety had been threatened. The walls of the city were broken down and the gates burned. This broke Nehemiah’s heart. He wept, fasted, and prayed for several days. Then, as the Lord directed him, he left the security of his position and moved into the violence-ranked city. He stayed there until the walls were rebuilt and order was restored.

Now the moral of the story is this: if order is to be restored to our homes, our churches, and our nation, we as parents are going to have to be leaders that lead our families into righteousness.

It may be that our children who doubt what we say may change their minds when they see what we do.

✞Do not be afraid to lead. Put Bible principles before people.

✞Lead your family in Bible study and prayer.

✞Lead your family in witnessing.

✞Lead your family to the house of God.