Daily Devotion: The Family And Contentment 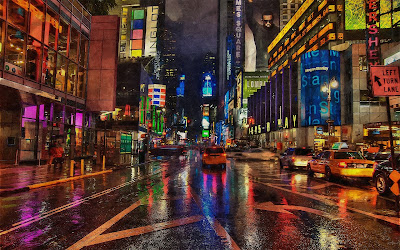 Key Verse: Verse 6 – “But godliness with contentment is great gain.”

The average person is exposed to over 400 advertisements a day through the radio, the television, newspapers, magazines, the internet…advertisements are everywhere you go! They are slick, stylish, shiny, and subtle. Before you realize it, the Madison Avenue Pied Piper has led you into a world of exaggerated make-believe, convincing you that you cannot live without designer clothes, a digital television, digital cameras, anti-wrinkle cream, and the Atkins diet. The list goes on and on. Such bombardments do a number on us and cause us to believe that we deserve the best. After all, advertising is a mega-million dollar a year business. Unless they can convince you that you cannot be happy without what they are selling…well, simply put, they are out of business.

What is the answer for all this worldly materialism being pushed on us? C-O-N-T-E-N-T-M-E-N-T. When you live with contentment, you are undisturbed by all of the outside forces saying, “Buy me.”

The Apostle Paul lived with contentment. In 1 Timothy 6:8 he said, “And having food and raiment let us be therewith content.” Now that’s pretty simple, is it not? Something to eat and some raiment to cover the body should suffice. It is funny, though, how our lives contradict that verse. We find ourselves clawing, scraping, grabbing, and fighting for more. John D. Rockefeller, one of the Madison Avenue Pied Pipers himself, was asked, “How much will it take to make a man happy?” His answer was right on, “A little more than what he has.”

Paul said in Philippians 4:11-12, “Not that I speak in respect of want: for I have learned, in whatsoever state I am, therewith to be content. I know both how to be abased, and I know how to abound: every where in all things I am instructed both to be full and to be hungry, both to abound and to suffer need.” That is contentment! But if you will notice, Paul said that he had to learn to be content. You learn contentment by practicing self-control and not feeding what I call your Madison Avenue desires (the flesh).

Paul lived in contentment, not in search of some shallow stream of desire that would surely dry up. You and I can do that as well, but we will have to resist the over 400 attacks per day.

Now, go out and serve God and live with contentment, being thankful for what you have.

What to do:
✞ Ask God to help you be content.
✞ Understand that a lack of contentment not only leads to sin but is a sin. So, daily deny yourself at least one thing you want but do not need, and let the list of things you deny yourself grow from there.
✞ Pray that your family will be content.
✞ Learn to say NO to your children and their worldly wants and desires.