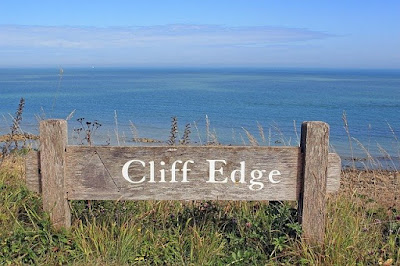 Bible Reading: Matthew 27:1-14
Key Verse: Verse 5 – “And he cast down the pieces of silver in the temple, and departed, and went and hanged himself.”

Key Words: and went and hanged himself

So it is with modern-day suicide. Folks feel defeated, depressed, and desolate. Suicide is the 11th leading cause of death in the United States.

Suicide was the 3rd leading cause of death among young adults aged 15 to 24. For every teen who commits suicide it is said there are ten who think of taking their life but don’t (praise God!).

Some warning signs to watch for in your teen according to Family.

All could be signs of a suicidal thought pattern.

Several years ago…”All America was shocked by the recent cases of suicide among university students. One said that he had sucked all the juice out of the orange. Another, that he had had all the thrills there are in life, and he was now going to get the thrill of death. Still another wanted to find out what was on the other side. At the door of the rationalistic, evolutionary teaching of today must be laid the blame. No young man commits suicide whose life is anchored in God; but robbed of a future hope, life is barren and worthless.” ~ Oswald J. Smith

What to do:
✞ Remember that suicide is a permanent solution to a temporary problem.