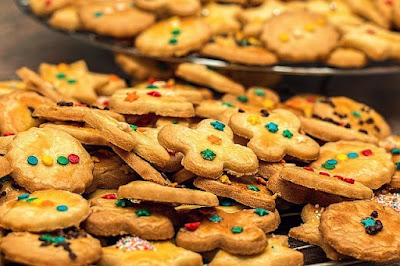 Bible Reading: Joshua 7:10-21
Key Verse: Verse 21 – “When I saw among the spoils a goodly Babylonish garment, and two hundred shekels of silver, and a wedge of gold of fifty shekels weight, then I coveted them, and took them; and, behold, they are hid in the earth in the midst of my tent, and the silver under it.”

Key Words: I coveted them, and took them

Now, I realize Achan didn’t shoplift, but the same principle applies; he took that which didn’t belong to him.

“Five finger discount,” “lifting,” “jacking,” “racking,” “nicking,” and “boosting” are all some of the terms used for shoplifting. No matter what name is used, shoplifting is a crime. Teen shoplifting is a rising problem nationwide. Whatever reasons a teen may shoplift varies but must be addressed in a timely manner. The sooner a teen is caught for shoplifting, the sooner the teen’s behavior can be corrected before it becomes a habitual plunder down a winding path to nowhere. The Nation Crime Prevention Council has stated that 25% of people that get apprehended for shoplifting are between the ages of 13 and 17. Shoplifting costs retailers millions of dollars a day. A lot of the expense of shoplifting is absorbed by raising prices of products which can help the retailer with their losses.

Peer pressure among teens plays an important role when it comes to shoplifting. With the expensive name brands in clothing lines, teens are trying to keep up with their peers who wear the latest and greatest in today’s fashion industry. Electronics have also become a popular industry among teens with mp3 players, cell phones, video games, and other small expensive items. New and improved products are always coming out and teens need to feel they have the “best” to compete with their peers. When teens are faced with the lack of money which buys these enticing items, they may turn to shoplifting or “lifting” as some teens will call it.

For the parents: be aware of your teens and notice any new items of clothing and/or device. Don’t be afraid to ask your teen where they attained their new treasures. Being observant allows the teen to know their parents care and would reduce the need to steal substantially. As small children we can all remember the time we stole candy from the cash register line, opening it in the car feeling happy until our mom or dad noticed and reprimanded us for stealing. The loving parent then returned to the store so we could apologize to the store manager and pay for the candy. What a great teaching tool and impression this can make on the young child. Teaching children the value of honesty can be a great lesson.

When I was five, my granddad took me to the corner store; and when no one was looking or at least that’s what I thought, I took a cookie from the Tom’s Cookie jar. My granddad had seen me take the cookie and made me go back and confess my sin to the store owner who made me work off the penny I owed for the cookie. Believe me, I learned my lesson.

Parents, covering for a child that steals is the worst thing you can do!! They need to know crime has a penalty and they will pay; it is better now than later!!

What to do:
✞ Begin early teaching your children the value of honesty.
Sources:
- Family First Aid.org
- Crime Prevention Council
Are you Saved? | Get These Devotions By Email
Posted by D4L at 1:00 AM