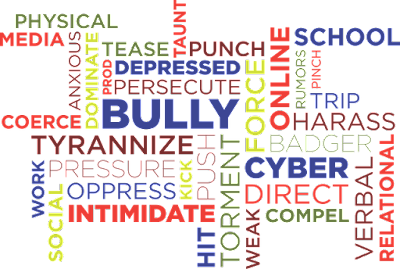 Today, pre-teens and teens face a lot of intimidation, both from peers and parents; but intimidation is not a new thing. We all have people, places, or things that are intimidating to us; for example…

Intimidation is not bound just to Bible characters. You find it in the work place, in school, in life in general.

Even pastors have had people say to them: “Unless you do this or that, I’ll leave the church; and I know several families will follow me.” While this is a rarity and very uncommon, it does happen. This is attempted intimidation – inducing fear to get what they want.

This reminds me of an article I read of how Joseph Laitin, Assistant Secretary of Defense for Public Affairs under Secretary of Defense James R. Schlesinger, remembers his former boss. “Defense Secretary Schlesinger tended to speak his mind, especially when questioned on matters he considered personal. His prickly manner sometimes carried into routine dealings with the press, often to his advantage. Once, while the Secretary and I sipped coffee at NBC before the start of the ‘Today’ show, I learned that Tom Pettit would be doing the interview. I hastily gave Schlesinger a quick briefing on what he’d probably be subjected to in front of the camera. Pettit had a habit of bullying his guests for a good show. ‘Don’t let this guy get under your skin with outrageous questions.’ I cautioned. ‘Keep cool and get your points across.’ Just then, Pettit walked in, a clipboard containing his questions tucked under his arm. As they entered the studio, Schlesinger plucked the board from the startled Pettit and glanced at it. ‘Pretty stupid questions, Pettit,’ he said, handing the man back his board. They were on the air 30 seconds later. Pettit was a pussycat.”

Intimidation! The person who uses intimidation to get what they want reveals the following about themselves: 1) close-minded, 2) self-centered, 3) lack of self-assurance, and 4) ungodly.

Let me close by giving you three things to do if you are being intimidated.

Remember Isaiah 26:3, “Thou wilt keep him in perfect peace, whose mind is stayed on thee: because he trusteth in thee.”

What to do:
✞ Do right in the sight of God. If God be for you, who can be against you?