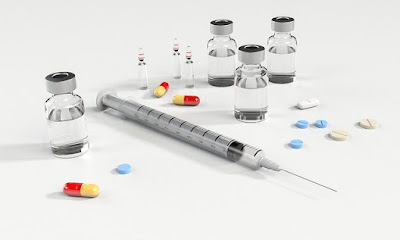 Half, yes 50%, one in two teens…that’s how many teens use drugs, according to the National Center on Addiction and Substance Abuse (CASA). The findings, which are based on surveys of 1,000 high school students, 1,000 parents of high school students and 500 school officers, along with expert interviews, focus groups, a literature review of 2,000 scientific articles and an analysis of seven data sets:

The questions are: where and why do teens take drugs?

Again, according to CASA they get drugs from:

As to why teens take drugs:

The most popular types of drugs are opiods which go by the street name “hillbilly heaven,” “happy pills,” or “vikes.” These drugs include:

“The other day a man standing next to me at a store in our small town read that a meth lab had been found in an old farm house in the adjoining county and he asked me a rhetorical question, ‘Why didn't we have a drug problem when you and I were growing up?’

“I told him, ‘I did have a drug problem when I was a kid: I was drug to church on Sunday… morning and night. I was drug to church for weddings and funerals. I was drug to family reunions and community socials no matter the weather. I was drug by my ears when I was disrespectful to adults. I was also drug to the woodshed when I disobeyed my parents, told a lie, brought home a bad report card, did not speak with respect, spoke ill of the teacher or preacher… or if I didn't put forth my best effort in everything that was asked of me. I was drug to the kitchen sink if I uttered a profane four-letter word. [I do know what lye soap tastes like.] I was drug out to pull weeds in mom's garden and flower beds and to clear cockleburs out of dad's fields. I was drug to the homes of family, friends, and neighbors to help out some poor soul who had no one to mow the yard, repair the clothesline or chop some firewood; and if my mother had ever known that I took a single dime as a tip for this kindness, she would have drug me back to the woodshed. Those drugs are still in my veins; and they affect my behavior in everything I do, say and think. They are stronger than cocaine, crack or heroin. And if today's children had this kind of drug problem, America would be a better place today.’”

What to do:
✞ Start teaching the effects of drugs to your children (start early). Let me assure you, the peer pressure starts early.
✞ Love often. Children need to know they are loved and accepted.
✞ Pray fervently. Luke 18:1, “…men ought always to pray, and not to faint.”
✞ Have them in a Biblical church with a solid Bible-based children’s ministry.