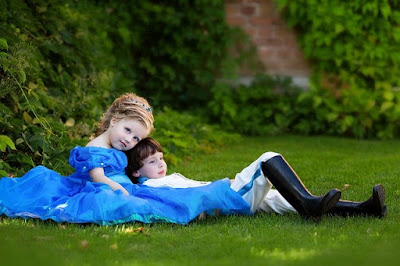 Can people tell through your dietary habits that you belong to the Lord? This brings us to the topic of bulimia.

Bulimia, also called bulimia nervosa, is an eating disorder. Bulimia is characterized by episodes of secretive excessive eating (bingeing) followed by inappropriate methods of weight control, such as self-induced vomiting (purging), abuse of laxatives and diuretics, or excessive exercise. Like anorexia, bulimia is a psychological disorder. It is another condition that goes beyond out-of-control dieting. The cycle of overeating and purging can quickly become an obsession similar to an addiction to drugs or other substances. The disorder generally occurs after a variety of unsuccessful attempts at dieting.

Bulimia is estimated to affect between 3% of all women in the U.S. at some point in their lifetime. About 6% of teen girls and 5% of college-aged females are believed to suffer from bulimia.

Bulimia is generally felt to begin with a dissatisfaction of the person’s body. The individual may actually be underweight, but when the person looks in a mirror they see a distorted image and feel heavier than they really are. At first, this distorted body image leads to dieting. As the body image in the mirror continues to be seen as larger than it actually is, the dieting escalates and can lead to bulimic practices.

The problem, as you can see, is that the world places so much emphasis on outer beauty.

Let’s face it, our children are taught daily the importance of physical beauty. It’s everywhere they go. When was the last time you saw an ugly woman on a reality TV series trying to be the one chosen to be the possible future bride of a “prince charming?”

What a distorted value system we propagate! What irreparable damage is done to those who do not meet up to our “beauty” standards. Parents, our children are learning and often we are the teachers of it, that outer beauty is far more important than inner beauty. Maybe the title of that well-known fairy tale should not be “Beauty and the Beast,” but rather “Beauty Is the Beast.”

What to do:
✞ Start early teaching your child (particularly your daughters) that inner beauty is more important than outer beauty.
✞Watch out for binge eating – those who immediately go to the restroom.
✞Watch out for weight loss, even though your child is eating normally. (There may really be a medical problem or it could be bulimia.)
✞Train, then pray for them. Love them.