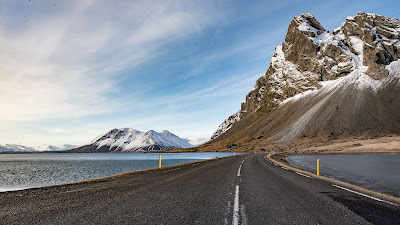 Bible :  Genesis 14:1-16
Key Verse: Verse 15 - “And he divided himself against them, he and his servants, by night, and smote them, and pursued them unto Hobah, which is on the left hand of .”
Key Words: and pursued them

I doubt that you and I will ever face the situation Abram faced, but we do face situations everyday that calls for our involvement, and we often stand by and do nothing while others are mistreated.

When Rosina Hernandez was in college, she once attended a concert at which one young man was brutally beaten by another.

No one made an attempt to stop the beating.  The next day she was struck dumb to learn that the youth had died as a result of the pounding.  Yet neither she nor anyone else had raised a hand to help him.

She could never forget the incident or her responsibility as an inactive bystander.

Some years later, Rosina saw another catastrophe.  A car driving in the rain ahead of her suddenly skidded and plunged into .  The car landed head down in the water with only the tail end showing.  In a moment a woman appeared on the surface, shouting for help and saying her husband was stuck inside.

This time Rosina waited for no one.  She plunged into the water, tried unsuccessfully to open the car door, then pounded on the back window as other bystanders stood on the causeway and watched.  She screamed at them, begging for help, telling them there was a man dying in the car.

First one man, then another, finally came to help.  Together they broke the safety glass and dragged the man out.  They were just in time – a few minutes later it would have been all over.

She made a difference because she was willing to get involved.  You’ll never make a difference in the lives of others by standing passively by doing nothing.

What to do:
✞ Get involved and do what you do so God gets the glory.