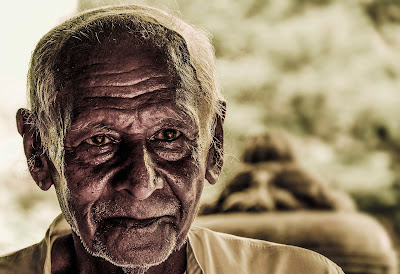 The ark had been captured by the Philistines (I Samuel 4:11), but seven months later was sent back to Israel. We read in II Chronicles 16 about the grand ceremony of the ark’s return. In the midst of all this David says in verse 8, “Give thanks.” Now, this raises a question in my mind. Why would David have to say to the people, “Give thanks”? Could it be they were filled with ingratitude? If so, what a shame!

Many years ago, as the story is told, a devout king was disturbed by the ingratitude of his royal court. He prepared a large banquet for them. When the king and his royal guests were seated, by prearrangement, a beggar shuffled into the hall, sat down at the king’s table, and gorged himself with food. Without saying a word, he then left the room. The guests were furious and asked permission to seize the tramp and tear him limb from limb for his ingratitude. The king replied, “The beggar has done only once to an earthly king what each of you does three times each day to God. You sit there at the table and eat until you are satisfied. Then you walk away without recognizing God, or expressing one word of thanks to Him.”

Ingratitude denotes spiritual immaturity. Infants do not always appreciate what parents do for them. They have short memories. Their concern is not what you did for me yesterday, but what are you doing for me today. The past is meaningless and so is the future. They live for the present. Those who are mature are deeply appreciative of those who labored in the past. They recognize those who labor during the present and provide for those who will be laboring in the future.

Lose your gratitude and lose your effectiveness for God.

What to do:
✞ Ask God daily to give you an attitude of gratitude.