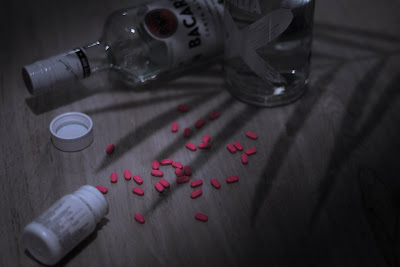 
Once upon a time altars were filled during the invitation (altar call) because people drew an unmistakable line between right and wrong, true and false, good and evil.

There was a time when we were guilty and found ourselves openly confessing with shame our sinfulness and shortcomings; but slowly the fog of confusion began to roll in.  All the evils of the world, once black as tar, turned to a shade of gray.  Instead of our seeing them clearly as wrong and fleeing, wrong, falsehood, and evil became fuzzy and excusable.  Explanations for sin began to abound, such as…

Ø      Drug users are not sinners, they are called addicts.

It’s enough to make one want to gag (a “Rouseism” for vomit); and so here we sit with all of our humanistic excuses on why we do what we do, and we feel justified and we explain away our sin.  The result is that the Holy Spirit is quenched and the church altars remain empty and revival tarries.

So beginning today, let’s put away our humanistic explanations and allow the Holy Spirit to work in our hearts and lives for God’s glory.  Amen!  If we will do that, revival will come and the altars of Bible-preaching churches will be filled again.

What to do:
✞ Put away your humanistic reasoning and accept   God’s Word, and act upon it beginning today.