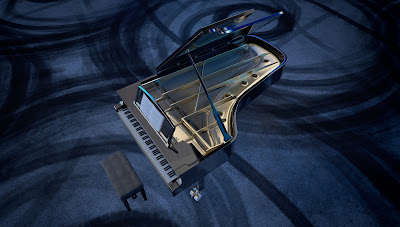 
has plunged into idolatry and Josiah is now encouraging the priests to fulfill their Godly service and this they did.  I personally like verse 18, “And there was no Passover like to that kept in Israel from the days of Samuel the prophet; neither did all the kings of Israel keep such a Passover as Josiah kept, and the priests, and the Levites, and all Judah and Israel that were present, and the inhabitants of Jerusalem.”

There are times when just a little encouragement is all that is needed to keep people going.  A little nine-year-old boy got tired of practicing the piano.  His mother heard the great Paderewski was coming into town to do a concert.  She bought two tickets, one for herself and one for her boy.  And she dragged him along, sat him down by her in his little tuxedo, and she began visiting with her friends.  He looked up on the platform and there was this giant, ebony black, Steinway concert grand piano.  The lid on the keyboard was lifted and the leather bench was there.  He looked at this piano, popped his knuckles, and said to himself, “Oh, man, I’d like to play that.”

So he slipped down the aisle, walked across the front, up the steps, sat down, and started playing “Chopsticks.”

The great Paderewski, who was back fixing his tie, heard what was going on.  So without the boy seeing him, he slipped out on the stage and came in behind the little boy, reached around him and improvised a beautiful melody to go with “Chopsticks.”  Then he said to the boy, “Keep playing.  Don’t quit.  Don’t stop.”

What to do:
✞ Keep serving; don’t quit.