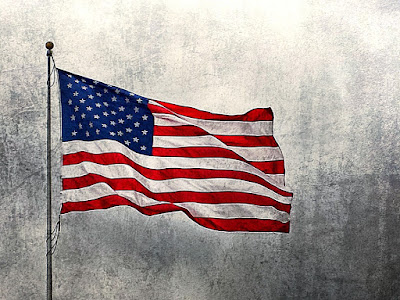 Bible Reading: 1 Thessalonians 4:13-18
Key Verse: Verse 18 –“Wherefore comfort one another with these words.”

Key Words: comfort one another

As much as we desire to know America and our place in prophecy, we must face the fact that our nation is not clearly referred to in the end times.  Tim LaHaye says, “One of the hardest things for American prophecy students to accept is that America is not clearly mentioned in Bible prophecy, yet our nation is the only super power in the world today.”

It would be nice if Scripture clearly laid out the role of the United States for the last days, but the silence on this subject reveals to us much more than you might think.

If America is not clearly referred to for the last of the last days, how should we interpret the silence?  I believe there are four basic options to choose from concerning America in the tribulation period.

First, America will still be a super power.  This thought is not likely since in Scripture the dominant military power center is the old Roman Empire.  John Walvoord, one of the foremost experts in Bible prophecy, agrees saying, “Although conclusions concerning the role of America in prophecy in the end time are necessarily tentative, the Scriptural evidence is sufficient to conclude that America in that day will not be a major power and apparently does not figure largely in either the political, economic, or religious aspects of the world.”

Secondly, America is not specifically mentioned in Scripture because she will be destroyed by other nations.  I consider this highly unlikely since America is the only nation to totally support and back Israel, and God has promised to bless those that bless Israel.

Thirdly, America is not mentioned in Scripture because she will have lost her influence...a possibility but not one that I agree with.

Fourthly, I believe America is not mentioned in prophecy because she is the “only” Christian nation, and the rapture of the believers will bring America to her knees.  We, as believers, are America’s salt and light and when we are caught away, America will no longer be a super power.

While we cannot clearly say what America’s role in prophecy may be, we are commanded to occupy until Jesus comes.  So I challenge each of us today to go out and occupy until the Lord returns.

What to do:
✞ Occupy until the Lord returns.
✞ Pray for those in authority.