Daily Devotion: Having A Hot Temper 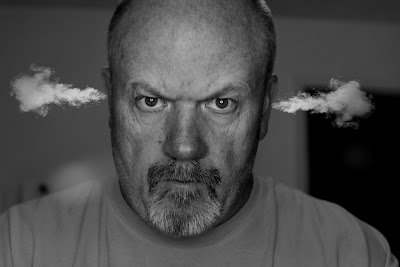 Cain was cursed and the earth became unfruitful to him and for him.  He became a vagabond.  Just in case you think that’s not bad enough, read Genesis 4:15, “And the LORD said unto him, “Therefore whosoever slayeth Cain, vengeance shall be taken on him sevenfold.”  And the LORD set a mark upon Cain, lest any finding him should kill him.”

His life would not be taken from him.  He had to endure all the challenges because of his temper.

A monk who had a quick temper was known to “pass the buck” for his fits of anger – always blaming his fellow monastery residents. So he decided to move to a place of absolute solitude in a desert, thinking that if he got away from the others he could be victorious. One morning he accidentally knocked over a pitcher of water. A few minutes later he bumped it again, and once more it fell on its side and spilled its contents. Losing his temper, the monk picked up the pitcher and hurled it to the ground. As it broke into smithereens, the truth hit him: he couldn’t blame others for his flare-ups. The real trouble was within him.

I close with a simple piece of advice from an old Chinese proverb, “If you are patient in one moment of rage, you will escape a hundred days of sorrow.”

What to do:
✞ The greatest remedy for anger is delay. Are you Saved? | Get These Devotions By Email
Posted by D4L at 1:00 AM