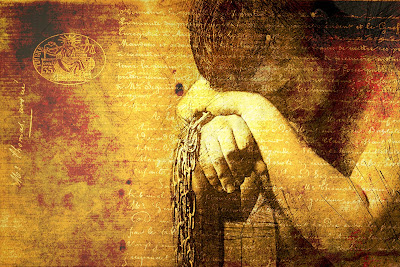 
When we give in to our lustful desires, whether it be sexual, food, materialism or power, we are bound for some of those self-induced challenges.

As a result of David fulfilling his lustful desires, he had to put one of his leading warriors in the front of the hottest battle so he would die because it was his wife with whom David had committed adultery.  As a result of his lustful desires, Bathsheba’s and David’s baby died; Absalom, Amnon, and Tamar were all at odds with each other.  Lustful decisions lead to real family issues.

Mr. Spurgeon once made a parable. He said, “There was once a tyrant who summoned one of his subjects into his presence, and ordered him to make a chain.  The poor blacksmith—that was his occupation—had to go to work and forge the chain.  When it was done, he brought it into the presence of the tyrant, and was ordered to take it away and make it twice the length.  He brought it again to the tyrant, and again he was ordered to double it.  Back he came when he had obeyed the order, and the tyrant looked at it, and then commanded the servants to bind the man hand and foot with the chain he had made and cast him into prison.  “That is what the devil does with men,” Mr. Spurgeon said.  “He makes them forge their own chain, and then binds them hand and foot with it, and casts them into outer darkness.”  My friends, that is just what drunkards, gamblers, blasphemers—that is just what every sinner is doing.  But thank God, we can tell them of a deliverer.  The Son of God has power to break every one of their fetters if they will only come to Him.

What to do:
✞ You can enjoy the pleasures of sin for a season, but you will have to endure the challenges produced by that desire for a lifetime.