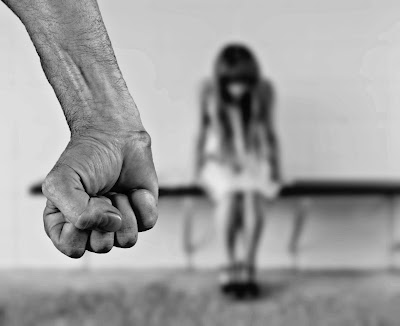 Bible : Genesis 6:1-13
Key Verse: Verse  13 – “And God said unto Noah, The end of all flesh is come before me; for the earth is filled with violence through them; and, behold, I will destroy them with the earth.”

Key Words: for the earth is filled with violence

Today we experience violence in our schools with innocent children being killed with firearms. Other acts of violence take place with bombs, and still others with trucks running over people. But the question is why?  Why are people violent?  Is it because they are mentally ill as the news media would have us think?

As you study the word “violence” in the Bible, you constantly run across the word “wicked” or “wickedness.”  It seems to be a constant association between the wicked man and violence.  Indeed, it is almost always a man’s wickedness that causes him to be violent.

Psalm 11:5— “The LORD trieth the righteous:  but the wicked and him that loveth violence his soul hateth.”

Psalm 58:2— “Yea, in heart ye work wickedness; ye weigh the violence of your hands in the earth.”

Proverbs 4:17— “For they eat the bread of wickedness, and drink the wine of violence.”

Proverbs 10:11— “The mouth of a righteous man is a well of life:  but violence covereth the mouth of the wicked.”

If that is the case, then we can ban guns from the face of the earth, but that will never stop the violent from their violence.  They will find a way to inflict injustice upon others so they too can feel the misery and unhappiness that the violent person feels.  How sad!

So—what is the answer?  Since violence has always been on the earth, we are not likely to stop it.  Making laws to do away with certain guns does not work.   has a “no gun law” yet experienced more violence in the last year than .  Passing laws to abolish weapons will never work.  There are traffic laws people break daily. There are laws against stealing, but thieves still steal.  There are laws against spousal abuse, but spouses are abused daily.  Laws were never intended to stop sin, but to reveal it (Romans 7:7).

So what can we do?  Put safety measures in place to protect our families and our students, and then we rely upon the Lord—Proverbs 21:31, “The horse is prepared against the day of battle: but safety is of the Lord.”

What to do:
✞ Be safe in the arms of God.