Daily Devotion: Challenge of Being Righteous 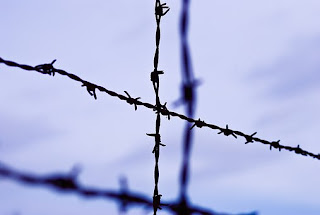 
I have always been befuddled by some who hold to those standards of righteousness that oppose each other.  Let me explain using an article written by Haddon Robinson.

Years ago Joe Bayly, the late Eternity magazine columnist, visited some German Christians who had been devoted soldiers in the German army during World War II.  Two of them had been put up for promotion to become second lieutenants in the Nazi army.  The commandant told them he would approve the promotion on one condition: that they join the Officers’ Club.  Being a member of the club would require them to attend some weekend dances.  These young men believed that dancing was wrong because it could lead to immorality.  Because of their convictions, they turned down the promotion.

Later in their military careers these same men were assigned to the death camps where thousands of Jews were stuffed into ovens and killed.  Even though they did not directly participate in the slaughter, they knew what was going on.  Yet they never voiced any protest.

When Joe Bayly talked to them many years after the war, they looked back on their experience with no regrets, convinced that they had made the right decision.  For them, not conforming to social pressure and refusing to dance was an act of righteousness.  And conforming to patriotic mass murder and remaining silent while thousands of Jews burned in ovens left them with no feelings of unrighteousness.

When we set our own standard of external righteousness, we are capable of any evil.  When we are filled with His righteousness, no good is too great.

Are you Saved? | Get These Devotions By Email
Posted by D4L at 2:30 AM