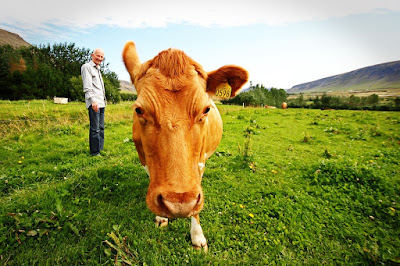 In order to better understand the meaning of the term secular humanism we need to break the term down.  First, secular means worldly or that which opposes the spiritual and sacred.  Secondly, the word human means a person or people.  Thirdly, the suffix ism means how one thinks.  So, secular humanism is the thought process of a person who opposes that which is spiritual or sacred.

Some of the secular humanists beliefs would be hilarious if it wasn’t so serious.  For example…

I read sometime back about a pastor who was visiting with a farmer who was a “secular humanist.”  The pastor asked, “Can you not look at the trees and flowers and see the creation of God?”

To which the farmer replied, “Those trees and flowers aren’t there.  They are just a figment of your imagination.”

Then the pastor said, “What about us?  We are standing here talking.  Is this all just a figment of our imagination?”

Then the pastor walked away, went over to the old farmer’s milk cow, tied a rope around her neck, and began to walk away with his cow when the humanist cried out, “Where are you going with my cow?”

“What cow?” replied the pastor, “It’s just a figment of your imagination!”

When absolutes and truth are removed from a society, confusion and anarchy reign!

What to do:
✞ If Christ rules on the inside, confusion can’t.