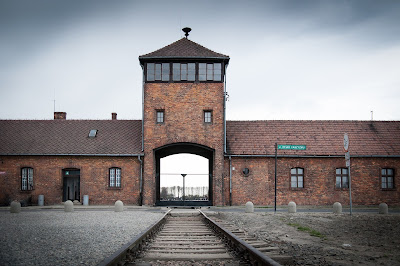 Bible :  Proverbs 13:1-12
Key Verse: Verse 12 – “Hope deferred maketh the heart sick: but when the desire cometh, it is a tree of life.”
Key Words: Hope deferred

The word deferred means “to delay or to remove.” When one loses hope, they have lost one of the three greatest assets a believer can have (faith, hope, and charity- 1 Corinthians 13:13). To live one’s life in such a hopeless state means certain defeat!

In his book, Man’s Search for Meaning, Viktor Frankl tells of his years trapped in the despicable horrors of Auschwitz and . He was transported there like a caged animal, given two minutes to strip naked or be whipped, every hair was shaved from his body, and he was condemned to a living death. His father, mother, ---and wife died in the camps or were sent to the gas ovens. His existence was full of cold, fear, starvation, pain, lice and vermin, dehumanization, exhaustion and terror.

Frankl wrote that he was able to survive because he never lost the quality of hope. Those prisoners who lost faith in the future were doomed. When a prisoner lost hope, Frankl said, he let himself decline, becoming subject to mental and physical decay. He would die from the inside out.

Frankl said that this usually happened quite suddenly. One morning a prisoner would just refuse to get up. He wouldn’t get dressed or wash or go outside to the parade grounds. No amount of pleading by his fellow prisoners would help. No threatening by the captors would have any effect. Losing all hope, he had simply given up. He would lay there in his own excrement till he died. American soldiers later told Frankl that this behavior pattern existed also among prisoners of war, and was called “give-up-it is.”

When a prisoner lost hope, said Frankl, “he lost his spiritual hold.”

Do not lose hope!