Daily Devotion: A Life of Determination 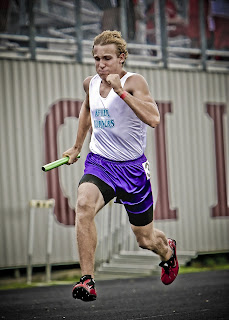 Determination is defined as having a fixed purpose.  I define determination as setting our face like a flint to accomplish a goal.

Someone once asked Paul Harvey, the journalist and radio commentator, to reveal the secret of his success.  “I get up when I fall down,” said .  The 1992 Summer Olympics featured two tremendously poignant moments.  American sprinter Gail Devers, the clear leader in the 100-meter hurdles, tripped over the last barrier.  She agonizingly pulled herself to her knees and crawled the last five meters, finishing fifth – but finishing.

Even more heart-rending was the 400-meter semifinal in which British runner Derek Redmond tore a hamstring and fell to the track.  He struggled to his feet and began to hobble, determined to complete the race.  His father ran from the stands to help him off the track, but the athlete refused to quit.  He leaned on his father, and the two limped to the finish line together, to deafening applause.

People who are not determined are constantly looking for and using every excuse to quit and not complete their task.  I challenge you today: be determined to find the course to which God has called you.

What to do:
✞ Remember, winners never quit and quitters never win.