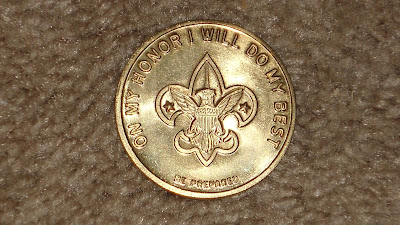 
Believers must realize that they cannot compromise with evil.  The tribe of Ephraim failed to understand that and suffered greatly because of it (Judges 1).

When you compromise with evil, you weaken yourself greatly.  The Boy Scouts of America understood this truth.  In 1992 the Boy Scouts were under fire in .  The , schools closed their doors to the Boy Scouts because they refused to admit homosexuals and atheists.  A judge in , ordered Cub Scout Pack 519 to re-admit atheist twins.  The two boys were ousted when they refused to say “God” during their pledge.  All across people began to pull their financial support for the Scouts.  In alone $849,000 was withdrawn from support of the Scouts because of their exclusion of homosexuals.

Blake Lewis, spokesperson for the Boy Scouts, said, “Mainstream families want moral values for their youth.”  He went on to explain that there is no chance that the Boy Scouts will change its policy no matter how much financial support they lose.  He closed by saying, “Our values are not for sale.”  Because they took a strong stand, people from every corner of the began to send in money and, as a result of their stand, the Boy Scouts were much better off financially in the end because they would not compromise.

We must, as believers, come to the place where we understand compromising doesn’t pay.  Stay the course, do right.  The psalmist David said, “I have been young, and now am old; yet have I not seen the righteous forsaken, nor his seed begging bread.”

What to do:
✞ Do right, always, every time. Are you Saved? | Get These Devotions By Email
Posted by D4L at 1:00 AM