Daily Devotion: Probably They Would Have Had Brown Eyes 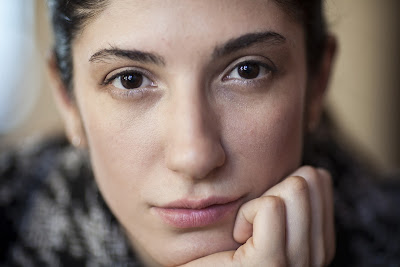 Bible : Jeremiah 1:1-10
Key Verse: Verse 5 – “Before I formed thee in the belly I knew thee; and before thou camest forth out of the womb I sanctified thee, and I ordained thee a prophet unto the nations.”
Key Words: I knew thee

Elaine Rotondo is a homemaker and a freelance writer. She and her husband, Ronald, have three daughters; they live in . In January, 1990, her poignant story appeared in a Decision magazine.

“Our third little girl completed our family, a special blessing. As I held her in my arms, I marveled at how God works His purpose in our lives.

But driving home from the supermarket one afternoon, I found myself thinking about two other children from my past. Those two I had never fussed over. In fact, I had tried to forget them entirely. Before now I had not even called them children. I had called them abortions.

“When I became a Christian, I understood that abortion was a sin, and I had asked God to forgive. But I had never felt sorry over the loss of those little ones.

“Pulling my car to the shoulder of the road, I sat for sometime, my moist fingers wrapped tightly around the steering wheel. Now I let my thoughts venture into a place they had never gone.

“‘How old would they be now?’ I wondered. They probably would have had brown eyes, as their living sisters do.

“I fought off the sickening reality that was rising in my mind. The full impact of what I had done so many years before was finally upon me. ‘They were alive,’ I said out loud. ‘They were real children!’

“Shame washed over me like a dense, heavy wave. But as the tide of pain rose, I also felt the Lord’s presence. This was too terrible for me to face alone; He would face it with me. God held me up in the moment of that horrible truth: I had taken life from my own children!

“In my heart I cried out to the tiny souls who never had felt their mother’s arms. I had never mourned these children. Now I longed for them. But it was too late. The pain was almost unbearable. I wept for a long time, wishing the very mountains would cover me and hide my guilt. Then I remembered Jesus, ‘But he was wounded for our transgressions, he was bruised for our iniquities: the chastisement of our peace was upon him; and with his stripes we are healed.’ (Isaiah 53:5)

“This was why He had died, to pay the price for sin for me. Looking over the seat, I gazed intently at my three-month old daughter sleeping soundly in her car seat. She was so fresh and alive! ‘Thank you Jesus,’ I whispered. ‘You are so good to me.’”

2. Write your Senator and Representatives about being pro-life.

3. Teach your own children that God is the giver of  life!