Daily Devotion: An Education In Discernment 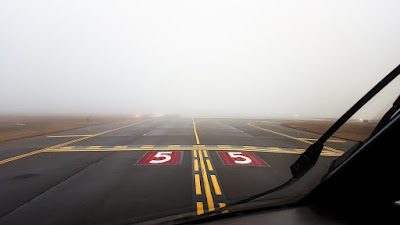 
Discernment is the ability to detect and identify real truth and act upon it.  This reminds me of an old Persian proverb.

“He who knows not, and knows that he knows not, is a child; teach him.

“He who knows and knows not that he knows is asleep; wake him.

“He who knows and knows that he knows is wise; follow him.”

A lack of discernment reveals one of two things:

A Christian without discernment is like a pilot attempting to land a loaded 747 in a dense fog without instruments or radio: lots of noise, power and good intentions...until...oh, well, you get the picture.

Do you really want discernment but don’t know where to find it?

1. Go to your knees.  James 1:5 says, “If any of you lack wisdom let his ask of God, that giveth to all men liberally, and upbraideth not, and it shall be given him.”

2. Go to the Word of God.  Psalms 119:98-107 says, “Thou through thy commandments hast made me wiser than mine enemies: for they are ever with me.  I have more understanding than all my teachers: for thy testimonies are my meditation.  I understand more than the ancients because I keep thy precepts.”

3. Go to the wise.  Discernment is better caught than taught.  Those who have it are highly contagious.

Now go on, get discernment and act upon it.  You’ll be better off for it.

What to do:
✞ Ask God to give you discernment.