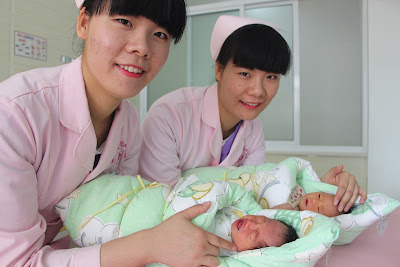 Often I hear people use the term religion and Christianity interchangeably.  Now, I don't want to be "picky" but the two words are vastly different.  Religion tends to focus on rules, while Christianity focuses on a relationship.

Rules without a relationship equals rottenness, arrogance, self-pride, and Phariseeism.

In my 49 years in the ministry, I've discovered that people who focus primarily on a rule or rules do so for one of two reasons.  First, they are attempting to justify or make up for a failure or shortcoming in their life.  Secondly, they are telling others how as a believer, they should have "Godly standards" in their lives to take the attention away from themselves because of sin in their own lives.

A rather crude experiment was carried out by Emperor Frederick who ruled in the 13th Century.  He wanted to know man's original language.  He decided that in order to know this, you should isolate a few infants from the sound of the human voice.  He reasoned that they would eventually speak man's natural language.  Nurses were sworn to silence and though it was hard, they abided by the rules given to them.  The infants never heard a word, never had a relationship with anyone.  Within a few months all the babies were dead.

The point is if all we do is focus on rules without a relationship, we kill.

What to do:
✞ Stress the importance of a good relationship with God.