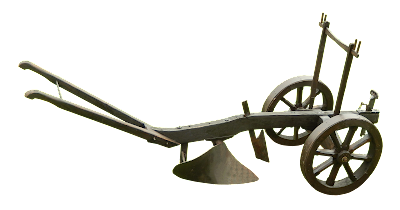 
The word cheerful in our key verse means hilarious which means giving with merriment.  It’s not just that we give that God sees but the attitude in which we give as well.  God loves a cheerful giver.

A rich business man and a prominent attorney were traveling around the world. They saw many impressive sights, but agreed that something they saw in was most impressive of all.

One morning as they walked along a country road in , they saw a boy pulling a plow which was steered by an old man. It amused the attorney so much that he insisted on taking a picture of the scene with his little pocket camera. Later he showed the picture to a missionary in the next village, remarking about the peculiar spectacle.

"Yes," said the missionary, "it seems a very strange way to plow a field, but I happen to know the boy and old man well. They are very poor. However, when the little church was built here in the village, they wanted to contribute something. They had no money. They had not grain to spare and winter was coming on, so they sold their ox and gave the money to the church building fund, and now, minus the valuable animal, they have to pull the plow themselves."

The men looked at each other for a moment, then the attorney said, "But what a stupendous sacrifice! Why did you allow it?"

"They did not feel that way about it. They regarded it as a great joy that they had an ox to give to the Lord's work.”  Is that the way you feel?

What to do:
✞ Give, but give with the right attitude: cheerfully.