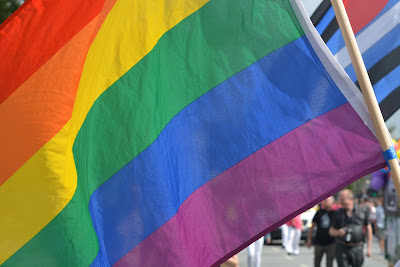 
The Word of God is clear in regard to sexual perversion (homosexuality and bestiality.)

I Corinthians 6:9-10; Genesis 1:27-28; Romans chapter 1; Leviticus 20:13 and many other verses are clear in regard to such perversion.  I read the following article and didn’t know whether to laugh or cry.

It’s out and it’s hot: a discussion guide on sexuality for Lutherans.  Released in January 1992, it sparked debate both in and out of the in America (ELCA).  “Human Sexuality and the Christian Faith,” a 55 page document produced by the denomination’s Division for Church and Society, was designed to prompt dialogue and set the stage for a future ELCA social statement on sex issues.  The material urges readers to examine with an open mind different views about marriage, promiscuity, and homosexuality.

At it’s core, the document questions Biblical passages concerning homosexuality and suggests that scriptural references to same-sex relationships need to be re-interpreted in light of modern theories about sexual orientation.  “We must distinguish between moral judgments regarding same-sex activity in Biblical times and in our own time,” the report states.  It differentiates “exploitative” homosexual activity from same-sex relationships “in which there is mutual love and commitment.”  The document challenges ELCA members to evaluate prejudices against homosexuals, insisting that “what we personally find offensive is not necessarily sinful.”

Members of a 24 person United Methodist Church (UMC) panel could not agree on whether homosexuality is a sin, so the committee’s 14,000 word report on the subject was referred to the denomination’s national policy-making body, which convened in , in May 2012.  The report contained a majority statement, signed by 17 committee members, recommending the removal of an assertion in the church’s book of rules that homosexual practice and Christianity are incompatible.  A minority report, signed by 4 members, argued for retaining the current language.  The panel agreed that Biblical reference to sexual practices should not be viewed as binding “just because they are in the Bible.”

Reminds me of the words of Paul found in Romans 1:22, “…professing themselves to be wise, they became fools.”

What to do:
✞ When your conscience tells you one thing and the Bible tells you another, follow God’s Word.  Then you’ll never go wrong.