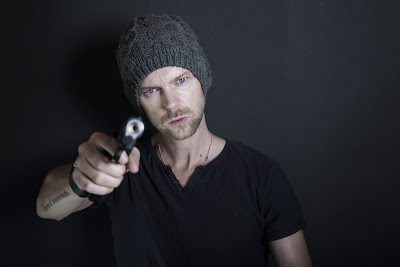 Key Verse: Verse 15 – “And when ye spread forth your hands, I will hide mine eyes from you: yea, when ye make many prayers, I will not hear: your hands are full of blood.”

Key Words: your hands are full of blood

The Word of God is full of examples of hands that shed innocent blood. Time and space does not permit us to speak of Cain, Adonibezek, Haman; and what about those that are of our time period: Stalin, Hitler, modern-day terrorists, and the list goes on and on.

Jeffery Dahmer’s atrocities as one of this nation’s worst serial killers will be woefully remembered for years to come. Although he was viciously murdered in prison, his death pales in comparison to the horror he inflicted on the seventeen people he admitted to killing over a thirteen-year period. Dr. David Abrahamsen, a psychiatrist who has advised courts on the psychology of killers like David (son of Sam) Berkowitz, testified concerning Dahmer by saying, “He knew what he was doing, and he knew it was wrong.” So if he knew it was wrong, why did he continue? “Once you’ve committed murder number one, murder number two is just a little bit easier and three and four and five and so on down the line,” says Robert de Vito, chairman of psychiatry at Chicago’s Loyola University and an expert on serial killers. Jeffery Dahmer demonstrated the graphic reality of sin’s snowballing effect. We may realize we are violating God’s commands but each violation makes the next one that much easier for us to rationalize away.

God hates the hands that shed innocent blood, when the same hands could be used to show the compassion and love of Christ.

What to do:
✞ Use your hands for God’s Glory! Show someone today an act of God’s kindness.