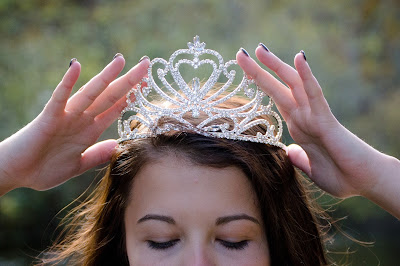 Key Verse: Verse 32 – “For the froward is abomination to the LORD: but his secret is with the righteous.”

Key Words: For the froward is abomination to the LORD

The word froward means “willfully contrary.” There is a Bible verse we often pass over lightly, giving very little thought to the fact it is talking about them who are willfully contrary. James 4:17 says: “Therefore to him that knoweth to do good, and doeth it not, to him it is sin.”

There is an example of being froward found in the nursery rhyme:

How does your garden grow?

With silver bells and cockle shells

And pretty maids all in a row.

Because it is an English nursery rhyme, the most commonly accepted historical interpretation is that the rhyme refers to Mary Tudor (Mary I of England) also known as Bloody Mary. Mary was the daughter of Henry the VIII and his first wife, Catherine of Aragon. Her young life was full of upheaval and, and at one point, she was demoted from Princess to simply being “Lady Mary” when her father separated with the Roman Catholic Church, became head of the Church of England and demoted Catherine from her role as Queen, which in turn made Mary illegitimate. However she did ultimately become Queen.

So the next time you have someone being contrary, you may just want to show him this devotion.

What to do:
✞ Mary, Mary, don’t be contrary!