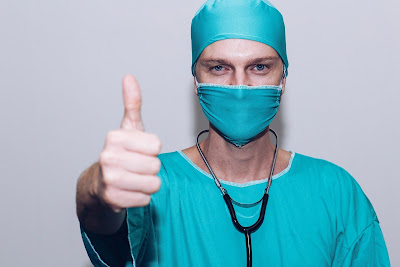 Key Words: Swear not at all

God hates a false oath. The Jewish people thought nothing of taking an oath and swearing by it. They would swear by heaven, or God’s throne. They would swear by the earth, or even Jerusalem. They would swear by the hairs on their head that they were telling the truth. As long as they didn’t swear (take an oath) in the name of God they were, in their minds, cleared from lying. But Jesus tells them that God’s throne is in heaven, that the earth is God’s footstool, Jerusalem was and is the city of God, that God makes the hairs on our heads (for some of us this blessing is a little less than it is for others). God hates a false oath. We ought to say what we mean and mean what we say.

The Hippocratic Oath is still being used and is still taken at some uni­versities by graduates in medicine. It says:

“I will look upon him who shall have taught me this art even as one of my parents. I will share my substance with him, and I will supply his necessities, if he be in need. I will regard his offspring even as my own brethren, and I will teach them this art, if they would learn it, without fee or covenant. I will impart this art by precept, by lecture and by every mode of teaching, not only to my own sons but to the sons of him who has taught me, and to disciples bound by covenant and oath, according to the law of medicine.

“The regimen I adopt shall be for the benefit of my patients according to my ability and judgment, and not for their hurt or for any wrong. I will give no deadly drug to any, though it be asked of me, nor will I counsel such, and especially I will not aid a woman to procure abortion. Whatsoever house I enter, there will I go for the benefit of the sick, refraining from all wrongdoing or corruption, and especially from any act of seduction, of male or female, of bond or free. Whatsoever things I see or hear concerning the life of men, in my attendance on the sick or even apart therefrom, which ought not to be noised abroad, I will keep silence thereon, counting such things to be as sacred secrets.”

The oath was contained in the Hippocratic Collection, a compilation of Greek medical writing assembled in the fourth century B.C. Hippocrates is said to have imposed the oath on his disciples.

What to do:
✞ Always tell the truth and deal honestly with people. That’s what God loves.